With a lifelong passion for technology, Cape Town-based innovator Spencer Horne is making waves in the aviation space. A talented problem-solver, Spencer honed his training in tech at the Harvard’s Paulson School of Engineering and his business acumen from the African Leadership Academy—part of The ROOM’s broader training network. He went on to specialise in the development of cutting-edge aviation solutions for Africa and the international landscape through drone technology. His end-to-end delivery startup, Cloudline, uses autonomous airships to bring essential goods to the hardest-to-reach parts of the world—and has been recognised as the most innovative company in South Africa by Fast Company magazine.

The 100% carbon-free solution that he developed with his team is a world-first, ideal for use in both developed and emerging economies. As a long-distance champion, the balloon-like drones can carry payloads of up to 50kg over 400km for 12 hours nonstop! Committed to addressing a huge gap in critical infrastructure in Africa, Spencer attributes his success to his network of supporters in The ROOM who have invested in his training and growth. As for the success of his venture, he credits the high calibre tech talent that he’s leveraged on the African continent.

Spencer spoke with us about how he’s harnessing the latest advancements in technology to grow Cloudline, along with his excitement at the opportunity to access Africa’s abundant pool of untapped talent.

Many startups in Africa fail. Why do you think you have been able to succeed? 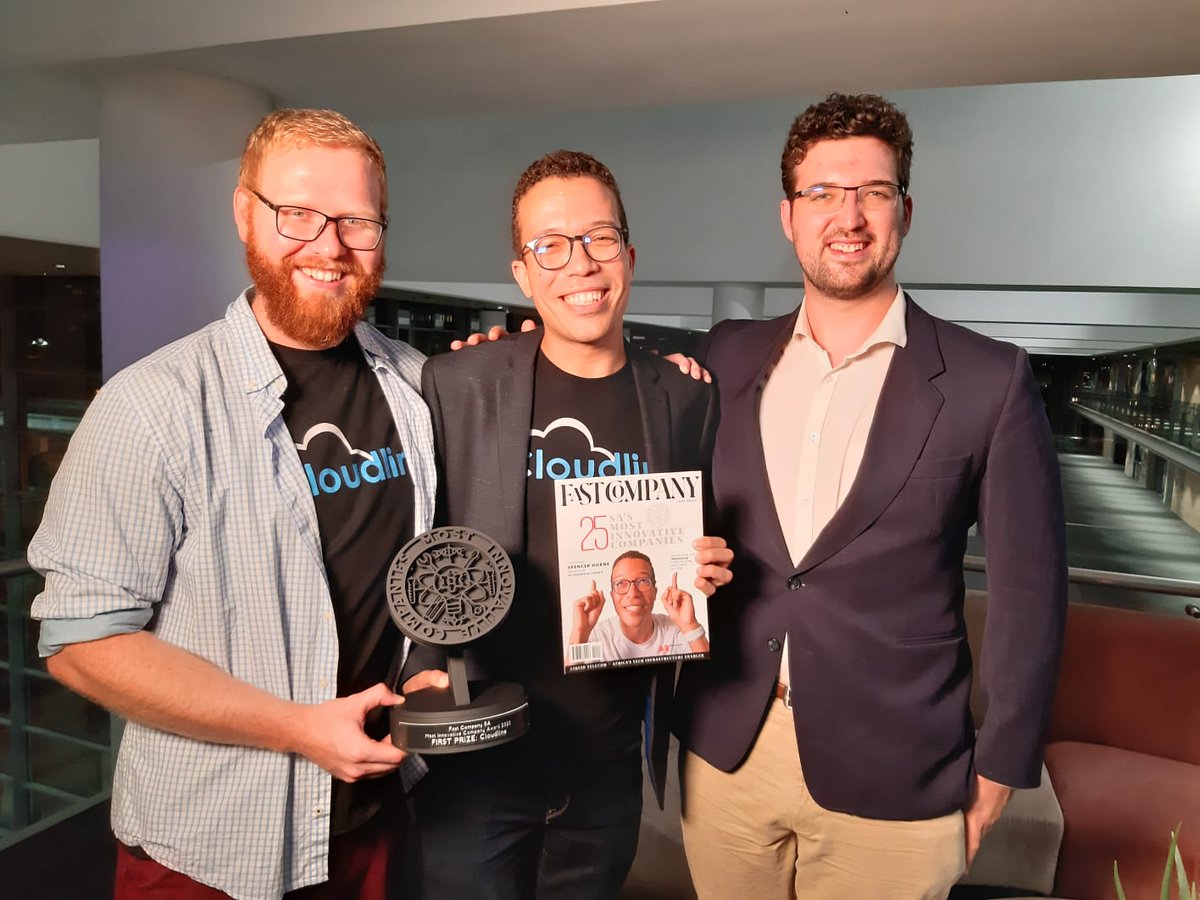 I’d say that we are still at a very early stage on our journey as a startup because of the technology we’re working on. As Fred likes to say, we’re doing hard things. So even though we are over two years in now, we haven’t yet gotten over the hump of what we really want to do and into the bulk of the commercial activity that we’re targeting. Up to now, the sort of progress that we have made I would credit to the people that we’ve been able to bring into the organisation, the people who have helped us along the way and all the folks who have been friends of Cloudline within the broader community. That’s been incredibly important.

I started Cloudline as a solo founder. That can be challenging, so it’s made such a difference to have a support structure and belong to a talent community like The ROOM.

One of the things that has changed for me in recent years is the definition of what networking and having a network means. Early on in my career, I’d thought of it as the stuff you do at conferences — exchanging business cards and that sort of thing. Having run a business for a while now, I realise that real networking lies in the connections and relationships you form with folks that you’ve spent time in the trenches with — the ones you have journeyed with, who can vouch for you and help you and vice versa. It’s really important to have built that level of trust with people; I think it just generates tremendous opportunities.

What experience motivated you to found Cloudline and what problem were you aiming to solve?

When I was in my second year at McKinsey, I would leave Johannesburg to do work across East Africa — in Kenya and Uganda in particular. That work took me out on market visits, crisscrossing these countries in the back of a little car. I experienced the tough roads and the deficit in infrastructure in a very visceral way for the first time. I experienced the time it took to travel and get around and what at times even felt like time travel, just in terms of seeing the drop-off in economic activity between locations. This was something that stuck with me because it reminded me of the Martin Luther King Jr. quote, which I’ll paraphrase, that it’s a cruel jest to ask someone to lift themselves by their bootstraps when they have no shoes.

This is a big theme in my life — this question of structure versus agency. Growing up in South Africa in the community that I did and with the educational opportunities I was afforded allowed me to see the way that different communities and individuals’ outcomes played out. It’s a question that’s always in my head when thinking about outcomes in people and communities: how much of that is their own agency and how much of it is structural? But I was experiencing communities without the infrastructure, without the ability to improve their own situation.

What we’re building at Cloudline is not green technology that we’re importing into the continent. This is something we are building and designing for the needs here.

Ultimately, I was very inspired by the drone world that had recently started deliveries — blood delivery in Rwanda and delivery and testing happening in Lesotho. The question was, “How do we do this at a bigger scale and how do we get further out?” As I dug in, I discovered some of the structural, technological, scaling and sizing limitations that came with it. That inspired me to start Cloudline, bringing a slightly different approach to the way we do aerial autonomy today.

What excites you about the opportunities that have come from the acceleration of technology and the Fourth Industrial Revolution in Africa?

What’s exciting to us is that what we’re building at Cloudline is not green technology that we’re importing into the continent. This is something we are building and designing for the needs here. We’re not waiting on a trickle-down solution a decade or two from now to eventually reach Africa; we’re building it here to deploy it here first. We’ve got this incredible opportunity to have a tremendous impact in the battle with climate change and decarbonisation of the skies — something that the aviation sector overall is struggling with globally.

One of the things that we’ve benefitted from the most is the tremendous untapped talent in Africa.

I also think these times are particularly exciting because we’re seeing a shift in how the rest of the world is leaning in and wanting to invest in these opportunities on the continent. Many of the other attempts that are currently underway are moonshots that are going to take another 5, 10 and even 30 years and beyond to come to fruition. Yet, we have a fully carbon-free aircraft that flies today — not in 2026, not in 2030 — today. We will deploy it this year in commercial operation. It is one of the longest range electrically-powered aircrafts that also can carry a payload and can travel 400 kilometres on a single battery charge. We’ve done that, built that on the continent, and now we can’t wait to take it to the world.

How have you managed to achieve such success in terms of the technological innovations that you’ve pioneered at Cloudline? What’s your “secret sauce”? 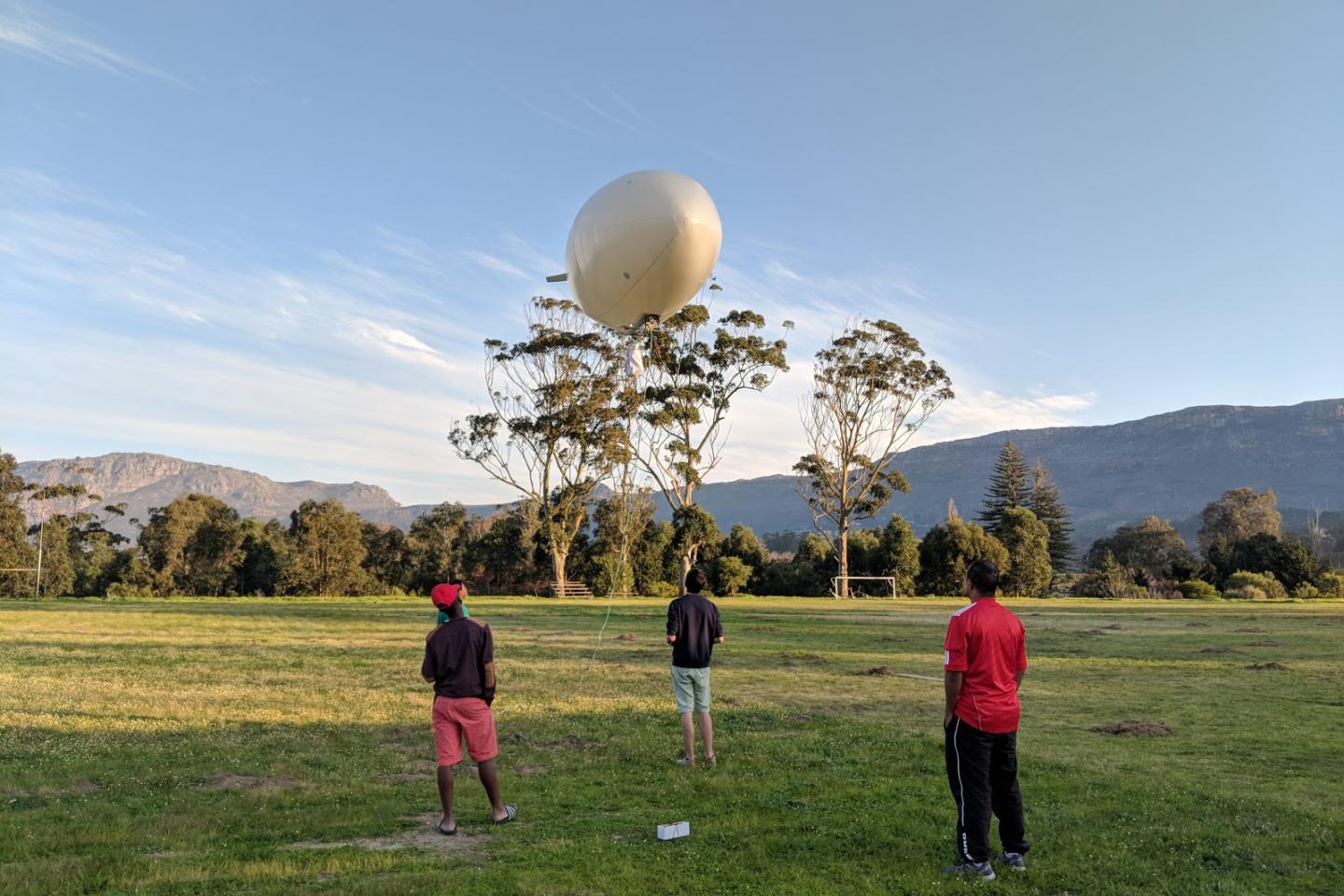 One of the things that we’ve benefitted from the most is the tremendous untapped talent in Africa. As a venture on the continent, Cloudline has access to brilliant engineers and fresh graduates who are excited to work on projects that are on the bleeding edge, but don’t have the smorgasbord of opportunities that people in more developed nations have at their disposal. What this has meant is that we’ve been able to attract terrific talent to our organisation.

I think there’s a great opportunity to bring more talented young people in Africa into the digital fold and export their skills to the rest of the world. It’s very exciting that organisations are beginning to notice and realise that value. We’ve seen this in the software space already; some of the largest global companies are coming in and attracting local talent. People are working remotely for companies that are headquartered abroad. Fortunately, we can still draw on the hardware pool that hasn’t yet been pulled away, but I think it’s absolutely essential to the future of the continent.

I think this is something that local startups are now going to start facing as a new challenge, as they compete with global labour markets for local talent. It’s interesting, and we’ve seen this happen a lot with the software space in South Africa already.

As a venture on the continent, Cloudline has access to brilliant engineers and fresh graduates who are excited to work on projects that are on the bleeding edge.

What we’ve been fortunate to experience at Cloudline is the fact that if people are specifically interested in working in the aviation sector in aeronautics, on building an aircraft, they can now point at it and go, “Look, mom, that was my effort.” There isn’t really another place to have that kind of direct input. You would have to leave Africa and go over to the U.S. or Europe to go and work for the Boeings, Airbuses and Honeywells of the world. But we are creating that now on the continent; this is what we’re working on. My hope is we’ll be able to fulfil some of that demand.

What advice would you give to African innovators who are trying to grow their startups?

Take the leap and don’t be afraid to do so, especially for those who are part of a supportive talent community such as The ROOM. This is what enabled me to leave the corporate path and take the risky path. It has provided me with not just support, but reassurance as well. That is a privilege that most don’t have. So for those who are lucky to have it, take advantage of it and take the leap.

The ROOM is home to a lifelong, highly specialised community of skilled and early-stage talent that will power the future. As part of the African Leadership Group, The ROOM is connected to an innovative ecosystem that has been successfully producing talented young professionals and placing them with the world’s top employers over the last 17 years. Find out how our exceptional tech talent can support your organisation.

A Passion for All Things Finance – Meet Sylvia Mwalolo

“No One is an Overnight Guru.” Mukami Kamau Put in the Work!

Meet Fiston Tuyisenge, an Aspiring Changemaker with a Data-driven Outlook